UK Cyber Security Sector – What to Expect in 2019? 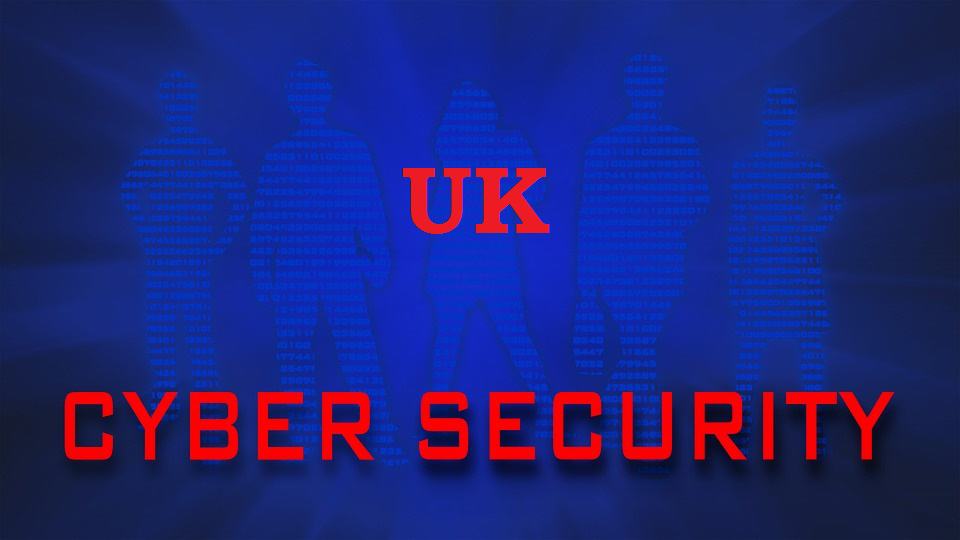 UK is Europe’s Tech Capital; will retain the tag in the future

UK’s digital technology sector is one of the largest ecosystems in the world and has positioned itself as one of the global leaders in technology. Internationally, the sector is highly competitive. According to the 2018 Tech Nation Report, 33% of all customers of UK’s tech companies are based out of the UK, compared to 30% in the Silicon Valley and 7% in Beijing. It shows UK’s higher market reach vis-a-vis other prominent digital technology ecosystems around the world – Singapore, Beijing, New York, and Paris. The City of London has secured the 3rd position in the global start-up ecosystem hierarchy after Silicon Valley and New York city.

However, fresh investments coupled with rapid innovation in areas such as AI, Data Science and IoT, has led to the emergence of other clusters outside London – Manchester, Edinburgh, and Belfast being the most promising among them. 2019 also witnessed the launch of UK’s first national Cybersecurity Scale-up Programme by Tech Nation, a network of digital technology entrepreneurs. The programme, scheduled in April 2019, is seeking 20 start-up partners from within the country which can help grow and expand the scale and reach of UK’s Cybersecurity sector. This is expected to help the businesses on the cohort to move to the next level. According to data published by the UK Government, there are more than 800 cybersecurity businesses headquartered in the UK. Small and medium enterprises constitute 89% of the total or 712 businesses.

In the last quarter of 2018 alone, UK businesses and public institutions suffered 30mn cyber attacks according to a new report released by Kaspersky Labs. Apart from phishing attacks, social engineering, identity thefts, and hacking, the rapid adoption of connected devices has lead to a manifold increase in threats at the confluence of physical and digital systems. According to the report majority of the attacks were worms and file viruses delivered via browsers, extensions and plugins.

More than £190,000 is lost by victims of Cybercrime in the UK every day, according to an estimate by Action Fraud; The National Fraud & Cybercrime Reporting Centre, which is run by the City of London Police. Between April & September 2018, a whopping £34.6mn was stolen from victims, an increase of 24% over the previous 6 months.

In November, 2018 the Bank of England hosted a day-long gaming exercise to assess the resilience of UK’s financial services sector to a major cyber incident. The test, conducted in association with the HM Treasury and the FCA involved up to 40 British companies

The Financial services and the Healthcare sectors are the most vulnerable to cyber attacks. Right at the start of the new year, UK-headquartered Metro Bank became the first major bank to fall victim to a new type of cyber attack targeting the codes sent to customers via SMS meant for verifying transactions. A Freedom of Information (FoI) request by BBC News has brought to light that over the past 5 years there have been more than 140 cyber attacks on the University Hospital of Morecambe Bay belonging to the NHS Trust.

Incubators, facilitators and VC funds are upping their game

From augmenting product portfolios, to promoting R&D, to establishing incubators to training platforms, UK is witnessing a lot of traction within Cybersecurity. Goldman Sachs has recently led a Series A funding round worth US$8mn in one of UK’s fastest growing Cybersecurity start-up – Immersive Labs. It provides a competitive platform to teams to test their Cybersecurity skills in a range of labs. French technology company Thales, has chosen Ebbw Vale in South Wales to open a £20mn Cybersecurity research center. The National Digital Exploitation Center will act as a test bed for researchers and experts to develop innovative solutions and enhance the growth of digital security in the region. While the center will have 15 researchers by February, 2019 the center will be fully functional by 2021. The Welsh government and Thales have each contributed £10mn towards the effort. On the M&A front Orange, one of the largest Telecom groups in the UK has acquired SecureDataGroup, a Cybersecurity service provider. The company recorded annual revenues of EUR50mn in 2018 and has over 200 people on its rolls. The acquired entity will be assimilated within Orange’s cyber-defense practice and facilitate the Groups’ operations in France and Belgium.

Based on the classification of digital technology jobs provided by ONS and Annual Population Survey (APS), the total number of jobs in the digital tech economy is ~2.1mn in 2017. Between 2014 and 2017, the estimated increase in the number of Digital technology jobs has been 13.2%. It has also been found that the sector not only adds value to the UK economy, it generates higher productivity per worker compared to the non-digital sector. Measured in monetary terms it is close to £10,000 per worker per year.

Jobs requiring digital technology skills pay £42,578 on an average where as employees in non-digital jobs earn £32,477 on an average.

The Government is on an overdrive; creating necessary infrastructure to build a strong & diverse Cybersecurity talent pool..

CYBER UK is the Government’s flagship Cybersecurity event hosted by the National Cybersecurity Centre (NCSC). The event for this year is scheduled for 24th and 25th April at Glasgow. It brings together top technology brains, solutions and opportunities to facilitate interactions between the public and the private sectors. The event is aimed at the Strategy & Leadership Community as well as Cybersecurity professionals from all over the UK. The NCSC is developing content for the participants at CYBER UK 2019 revolving around strategy, governance and responsibilities of information risk owners. To demonstrate the latest thinking on the subject and to showcase solutions to technology issues the event will also feature two competitions – The Cyber Games & Cyber Den arranged by the NCSC and Department for Digital, Culture, Media & Sport (DCMS).

The NCSC has recently concluded the online round for its CyberFirst Girls competition which aims to spawn competition among participants with the aim to incentivize and create a pool of young women who may consider taking up Computer Science for future careers in Cybersecurity. In the last 2 years, more than 12,500 young girls have participated in the competition across four categories – Cryptography, Cybersecurity, Logic & Coding and Networking. It is also running specialized courses named – CyberFirst Girls’ Defender, a free four-day residential program aimed at young girls from across the UK. This programme provides an introduction to the tools, knowledge, and skills required to build and safeguard small networks and personal devices.

Another important programme being run by the HM Government as part of its Cyber Schools Programme (important aspect of UK’s National Cybersecurity Strategy) is Cyber Discovery. Cyber Discovery is an extracurricular learning program for students aged between 14 and 18 years which provides the participants with challenges, tools and games designed to introduce them to the Cybersecurity industry. It highlights the potential job roles available and ways and means to get to them. The Government-funded programme allows interested candidates to enter as individuals or as part of a Cyber Discovery Club, has four stages – CyberStart Assess, CyberStart Game, CyberStart Essentials and CyberStart Elite.

While efforts to enrol more women in to courses which can make them ready for future Cybersecurity roles is indicative of the resolve of the government to make good the imbalance in the UK Cybersecurity workforce, four new projects have been launched recently to encourage more BAME and neurodiverse candidates including women in to careers in Cybersecurity. A fund of £500,000 has been separately earmarked for this as part of the next round of the Cyber Skills Immediate Impact Fund (CSIIF). It aims to increase the number of Cybersecurity professionals in the country as well as diversity of the workforce.

To make online transactions safer, the Government has recently launched a £70mn fund that would be used for research, design and development of more resilient hardware. This is a part of Government’s Industrial Strategy Challenge Fund. Another ambitious programme London Office for Rapid Cybersecurity Assessment (LORCA) aims to drive the development of cutting-edge cyber products and strong Cybersecurity companies. LORCA, as envisaged by UK’s Nation Cybersecurity Strategy, involves setting up of two innovation centers with the aid of industry partners. One innovation centre, based and run by Plexal in East London, is a joint effort which includes Deloitte, Lloyd’s Bank, DCMS and CSIT. 10 Cybersecurity firms across the UK have been selected to join the £13.5mn innovation programme in June 2018. In January 2019, ObjectTech Group Ltd, was added as the eleventh company to join the cohort.

The immigration data published by the Office for National Statistics (ONS) in November 2018 has already set the alarm bells ringing. The net EU immigration has fallen to just 74,000 in the year up to June 2018; this is 60% lower than similar period in 2016 and lowest since 2012. Things are expected to deteriorate further on the back of a new plan to slash EU migration in to the UK by 80% by 2020. The plan aims to ‘severely restrict’ the free movement of people from the EU countries in to the UK under stricter entry conditions post Brexit, ending the preferential treatment given to EU migrants. Resultantly, the net EU migration number is expected to range between 10,000 and 25,000 in the near future.

Analysts feel that such as plan can further jeopardize the availability of Cybersecurity talent in the UK. This can lead to longer wait to fill critical positions and has the potential to hinder operations. UK is one of the most globalized and integrated markets for tech start-ups, FinTechs and the like. Rising salaries across Cybersecurity roles and a highly competitive market means that UK needs to maintain its attractiveness for top technology talent. Unfortunately these policy changes may have unintended long term negative effect.

Please be aware that we use cookies to enhance your web user experience.
By clicking through and continuing to use this site, you are opting and agreeing to the use of cookies.Continue